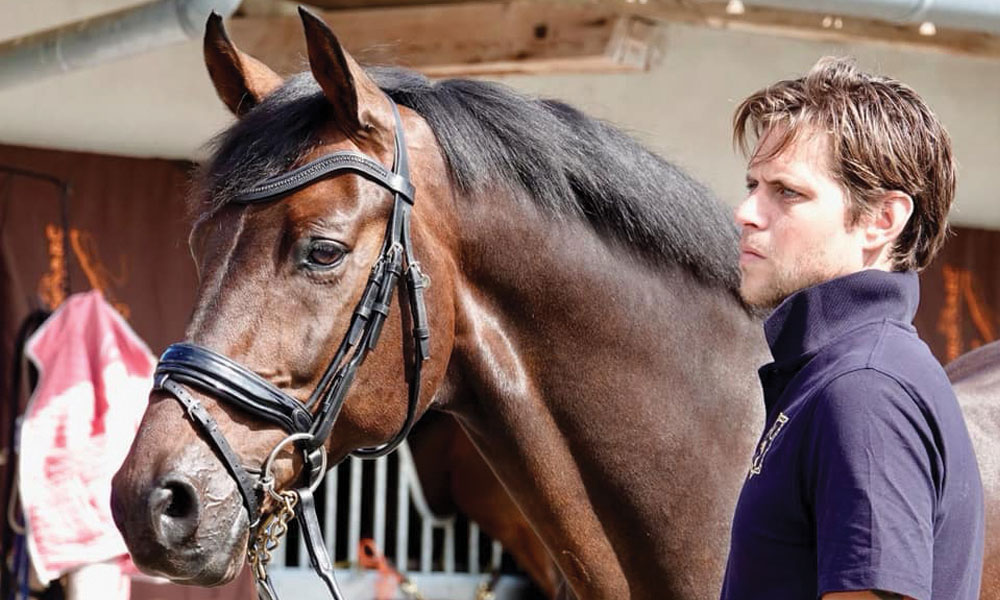 Congratulations to Nupafeed ambassador, Sara Gallop, who secured her first overseas victory at the weekend in the Middle Tour divisions at Saumur CDI2*/CDI3* in France (7 – 9 September 2018).

With her 12-year-old Sandreo-sired stallion, Bandreo, her campaign started well with second in Saturday’s Intermediate A (69.363%), culminating in a landmark victory for the pair in Sunday’s Intermediate B (69.792%).

“I’m thrilled with Bandreo,” Sara told British Dressage, after arriving back home to Summerhouse EC in Gloucestershire. “It’s been a long journey with him – it’s not been plain sailing – but this is one of the shows when you think ‘we’re finally there’. He’s given me everything and more.”

Sara has been working with Bandreo throughout his career after he came to the yard, age three years. He is the third horse Sara has trained to Grand Prix.

This year, the incredibly handsome stallion has shown increasing maturity, delivering good results including a Grand Prix Special win at Hickstead Premier League in June and internationally, a win in the Inter B at Hickstead CDI one month later.

“I started using MAH Calmer for my Grand Prix horse Summerhouse Bandreo, he is a phenomenal horse but has a tendency to get a little hot in the arena. Since using the MAH I have noticed a massive difference in him, I couldn’t recommend the product enough.” Sara Gallop

“I have tried many calmers but I found Nupafeed is the best and gives brilliant results, it took me to win HOYS with Lintavon Ciro. I wouldn’t use anything else!”