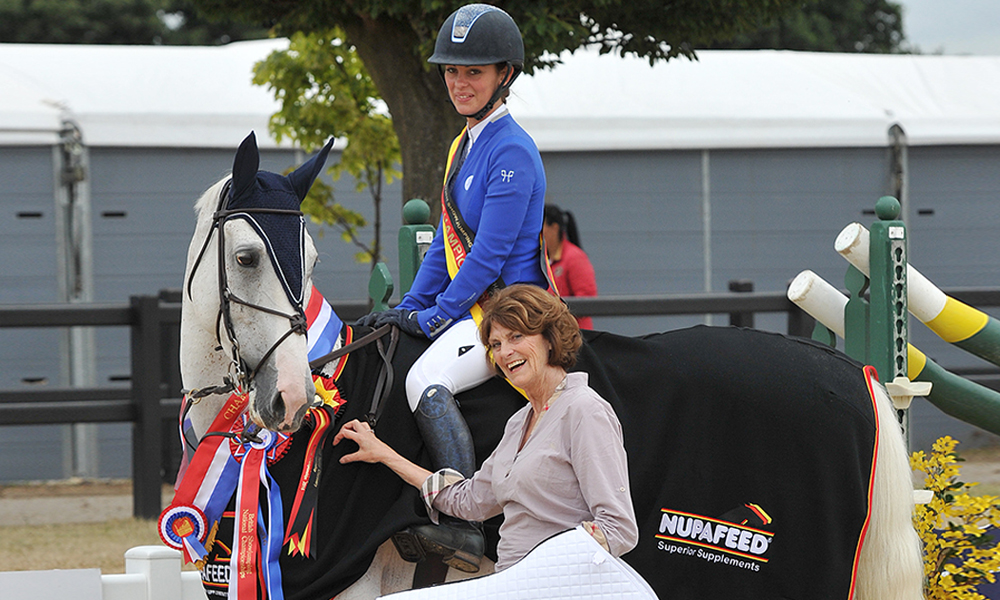 Rachael from the North West of England runs her own competition yard and bought Valeree as a fun project. “When I went to try her I only jumped a couple of small fences but I got a good feel from her and she has such a sweet temperament. She has only been registered with British Showjumping for about six months and she just loves to jump. She naturally jumps better when she is allowed to move forwards so she was really in her comfort zone in the jump off. She’s very consistent and I hope next year to move her up to Foxhunter.”

Thank you to 1st Class Images for the photograph.

“I find Nupafeed MAH Liquid Calmer very beneficial in the management of stressful behaviour and muscle tension. I’d recommend it to anyone.”