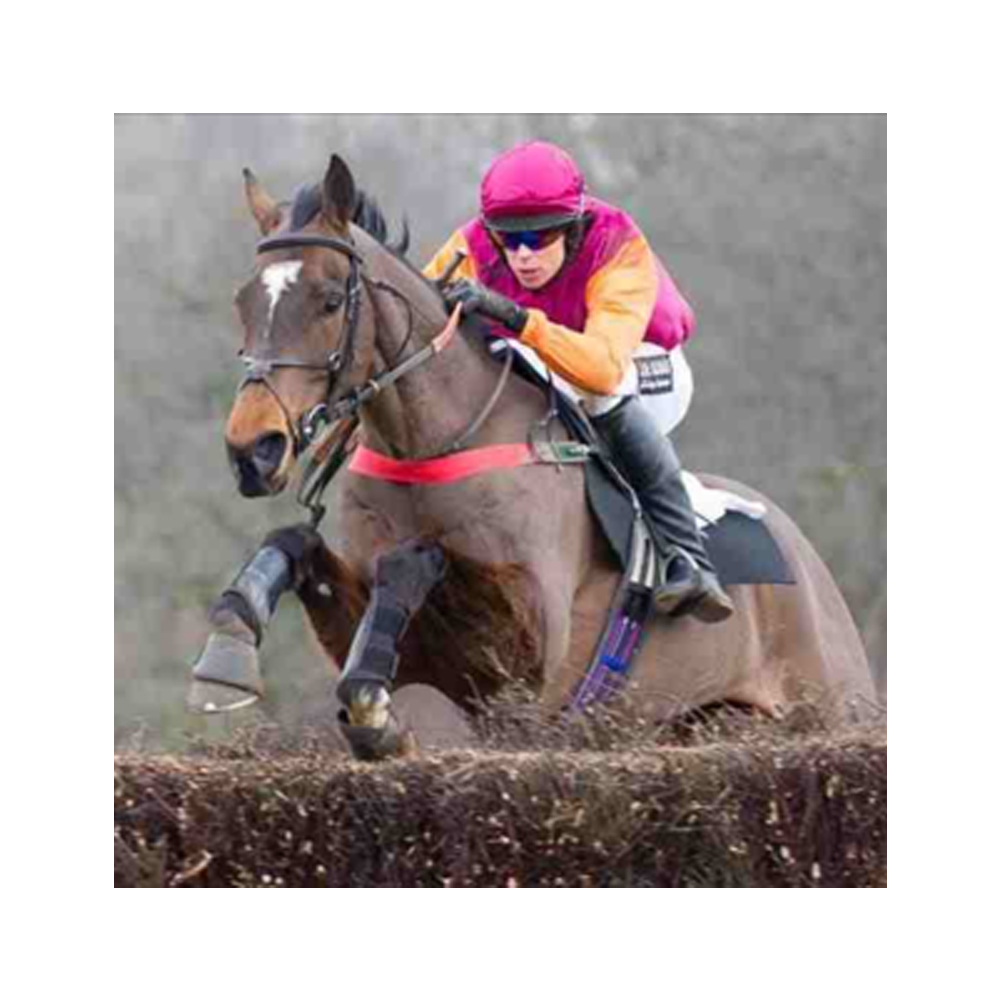 “I had the fortune to buy this legend, Moon Over Miami. He won two grade 2’s at Cheltenham and was unbeaten at Cheltenahm going into the Arkle where he finished 6th to Tidal Bay. He is one of few to beat Big Buck’s. He is an old horse (12) with miles on the clock but I’m a firm believer if they have shown ability in the past they can reproduce it in hunter chase, point to point sphere.

Moon Over Miami’s joints would fill up while he was in the stable and his joints clicked allot when he moved but was always forward going both in his work and races. Nupafeed Flex GLM really helped to reduce the swelling in the joints while in the stable. He has remained a free moving horse, never lame or stiff, even after racing. Flex GLM has helped him maintain his physical youth and I am very much looking forward to him being in better condition and form this season.

He was 2nd in a big hunter chase first time out, won a hunter chase later in the season and was placed 2nd and 3rd in his point to points, just not quite getting the 3 miles. All my horses have been on Nupafeed Flex GLM and I do believe in the product for my young and old horses.”

“I started using MAH Calmer for my Grand Prix horse Summerhouse Bandreo, he is a phenomenal horse, but has a tendency to get a little hot in the arena.  Since using the MAH I have noticed a massive difference in […]