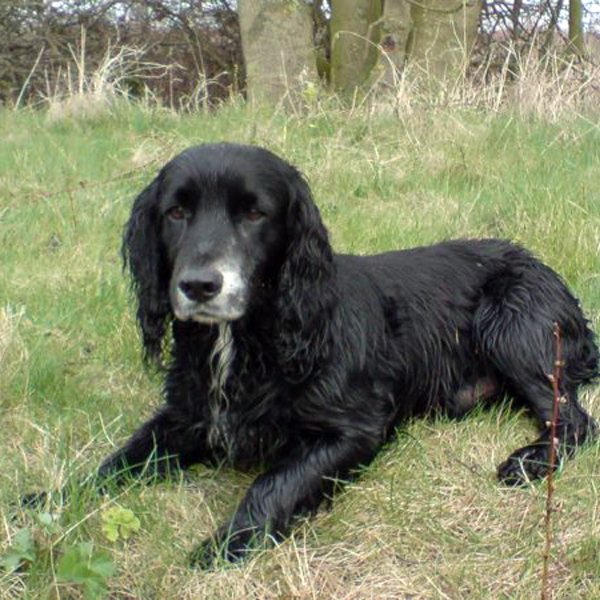 “In August 2008, my eleven year old dog Dubh, a working cocker, was suddenly unable to get out of his bed. It seemed like his back was the problem and I took him to the vet. After two weeks and £350 of treatment there was no improvement. He seemed to have lost interest in life, refusing to get up and eat or drink. I spent nearly three weeks hand feeding him, giving him syringes of water hourly to keep him alive and carrying him outside to go to the toilet. I considered having him put to sleep because it seemed the kindest thing.

At this point, I was offered some Nupafeed Flex-GLM to try. Each day he improved a little bit and within ten days he was back on his feet, eating and drinking again and eventually he was back out working with my picking -up team. He’s 12 now and still running around like a two year old. No one believes he is twelve (least of all me!) it’s only the grey muzzle that gives the game away!  Thank you for giving me back my Pirate!”

“My horses travel all over Europe with my daughter Lucy. I use Nupafeed MAH Calmer regularly and never leave home without the Extra Strength Syringes, which I use before loading on to the cross channel ferries, they ensure a stress […]