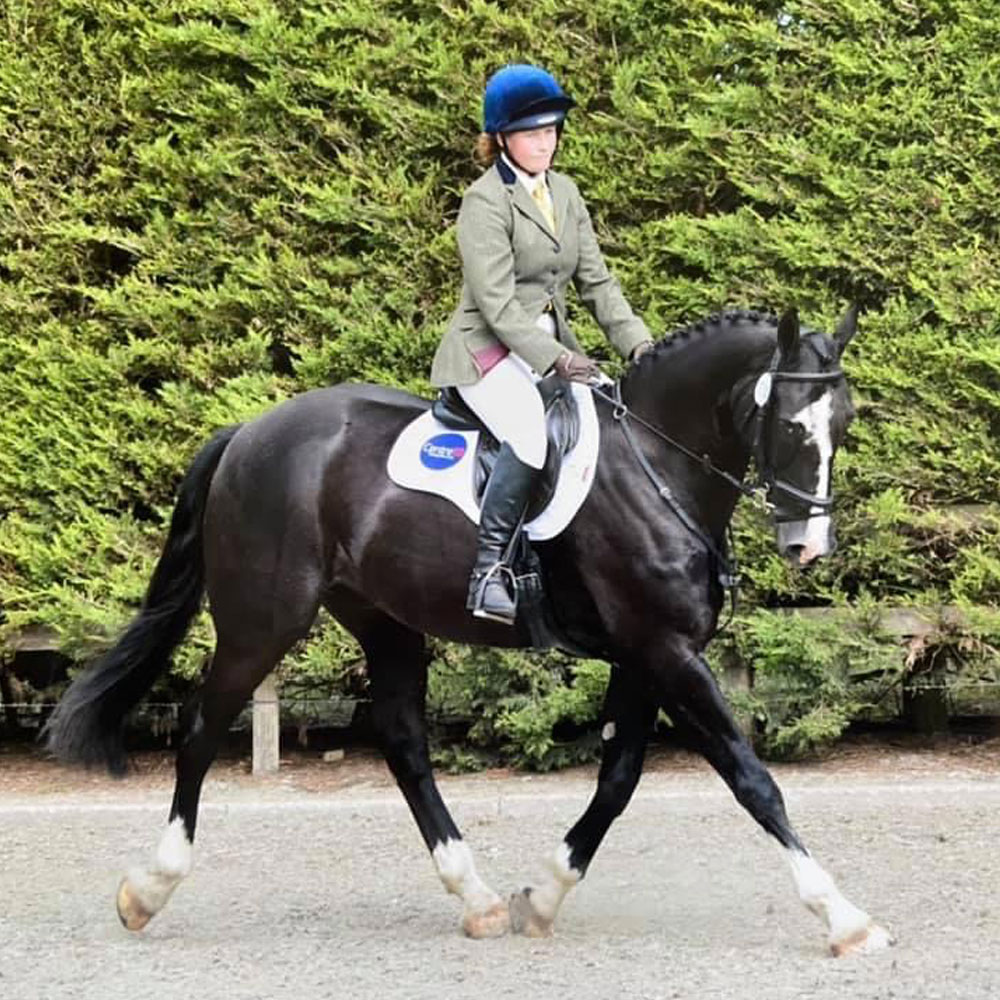 “Joey is a 16hh gelding I have owned for 5 years. I knew when I got him that he was tricky, he had a bad start in life and is terrified of the world. He is scared of noise and movement but loves cuddles and fuss. He had been mistreated in an arena so that is his most feared place, so I started by hacking and doing all the things that he had no negative association.

During the last 5 years to try and make him more trainable, I have tried every type of calmer. I think they may have helped a little but nothing that I would stick to.

Why did I not think to try Nupafeed MAH – as I had used Nupafeed before many years ago when I was competing in showing at quite a high level. Well the difference in Joey on Nupafeed is unrecognisable, and I don’t even give him that much. He has 2 squirts in his feed once a day.

He is now a more reasonable horse, the sort of horse that he wants to be on the inside. He is more tolerant of noises and movement. He has not lost his power and exuberance but his spooking has dramatically reduced. He is more trainable and we are now able to work in the school and actually progress with our schooling rather than it being a ride judged purely on how bad he spooked.

I honestly cannot believe the difference in him. I now look forward to his progress rather than dread it.

I cannot wait for next year and start to compete again.”