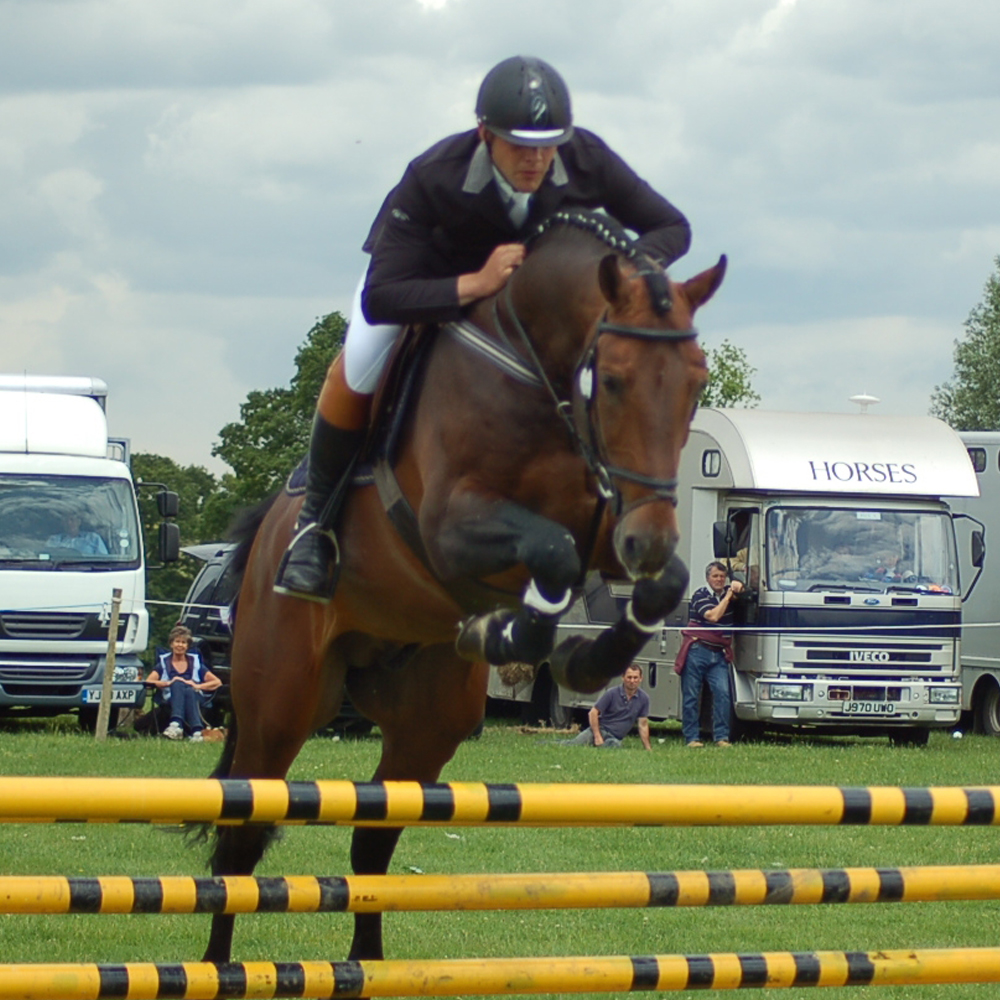 “Travelling a jumping stallion with other horses especially with mares in season can be very stressful for the stallion. This was getting increasingly difficult for us as the season progressed travelling from one end of the country to the other on a weekly basis chasing qualifiers. Our stallion was becoming increasingly frustrated.

A close friend of ours recommended Nupafeed MAH. I was dubious as I was a non-believer of calming products. However with a very busy season ahead and many pre booked shows I condescended to ring Nupafeed for some advice. After a lengthy conversation with Sheila I felt reassured in fact there was nothing in the product that is not natural to the horse anyway. I decided to give it a try knowing that in four days we were travelling to Hickstead which is a seven hour journey.

The product was here the next day. I started immediately and followed their instructions. On the fourth morning we also used an extra strength syringe 1 and a half hours before he travelled. The horses were loaded up as usual for the long drive ahead of us. The results were incredible, our stallion was so relaxed the whole of the journey we never heard a sound from him. I cannot put into words what a difference Nupafeed MAH has made to him and us. His concentration levels were so much higher when competing. We had an incredible few days winning one class and coming placed in another two.

We were so impressed with Nupafeed we are now feeding Nupafeed Saying Power. The results speak for themselves, he has continued to be successful and he is now a pleasure to travel.”