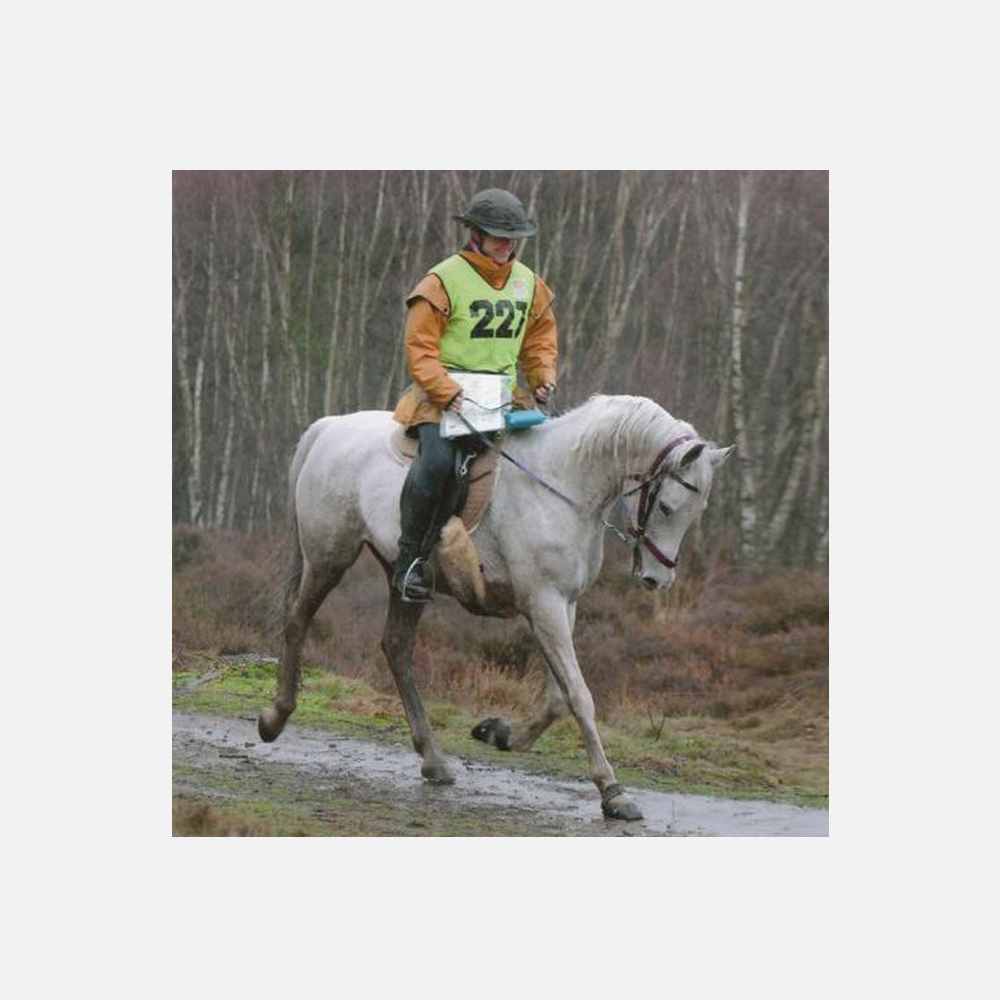 “I am a many year and mile endurance rider and have competed all over the world and had a huge amount of fun from this great sport. Currently I have two horses one of whom is an eleven year advanced level gelding that is stressy and desperate to please. He is a full Arabian and soft as butter as well as a bit loony. Elvis can be very hyper and almost so much so he is dangerous at times in that he runs around his field and sometimes his stable. I had tried calmer pastes but they usually ended up down the back of my neck, terrific.

This freshness was becoming a bigger problem this year both at home and at rides. He nearly failed a veterinarian check for being hyper pre ride as they need a resting pulse below 64 to start and after twenty miles he wasn’t much better. A very dear friend came to tea and saw his fence walking and other antics….she suggested Nupafeed….or in other terms advanced very clever magnesium. I spoke to Nupafeed and they assured me yes I could have my old horse back and that indeed he would come back. We loaded him with 75ml a day via syringe until his behavior improved. This stuff he couldn’t gob at me and he swallowed it dutifully.

Towards the end of the first week I noticed he was calmer, a lot calmer and I could even go to my trailer without him charging around the field. It was fabulous and such a relief. Over the next week or so I played with reducing the amount to a maintenance level and this worked too, marvellous. Then I made my mistake I thought we could reduce it further!! I could tell you about the hilarious dressage test when we left the arena in canter sadly towards the judge’s hut!! I am not sure who was more alarmed her or me, she never commented on it! As soon as we got home I increased the amount again and since have managed to stay in the arena – I find it helps our overall score!!!

He has been a star ever since, thank you. You promised me I would have my horse back and I have.”

“These are our grays that were on your calmer from the time they were three until about six. It always worked a treat. They are used for weddings and funerals in London and all over the south-east. They are still […]