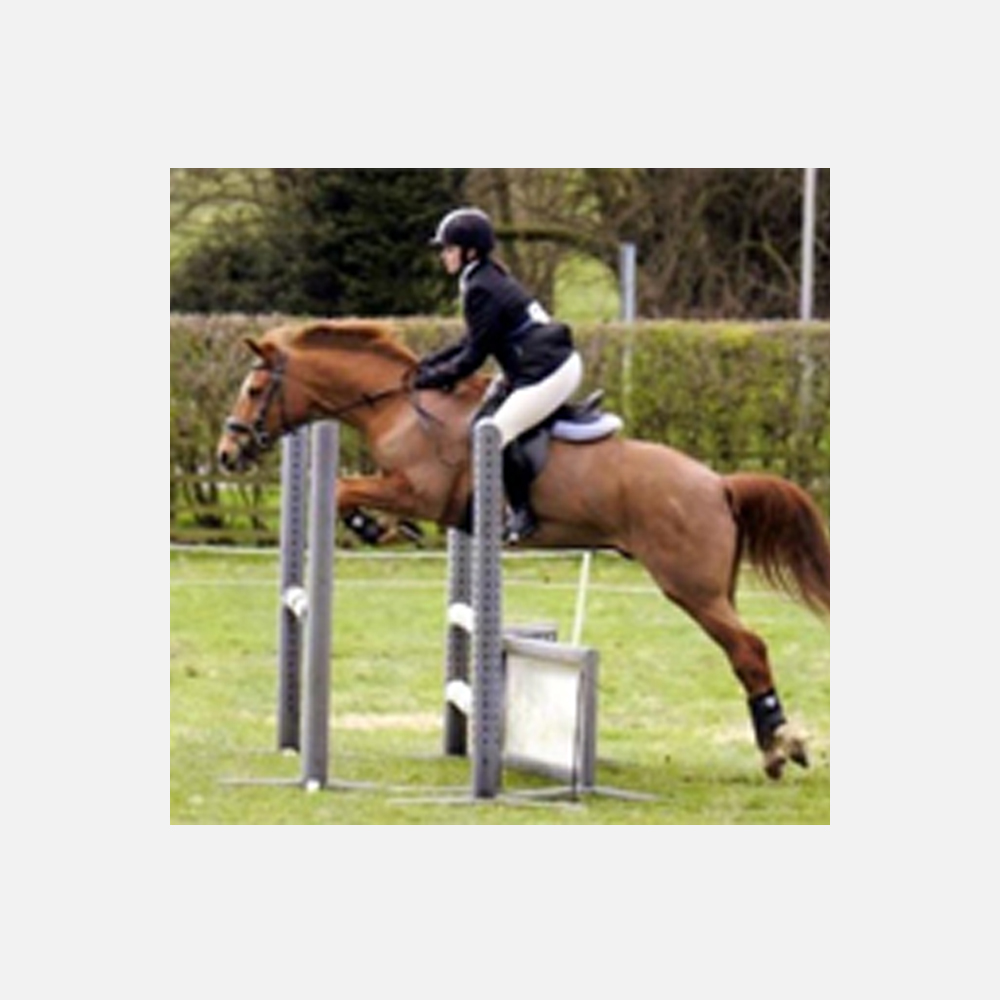 “I would just like to say a huge thank you for your amazing Nupafeed Liquid Calmer, and also your amazing staff who were very helpful over the phone. This time last year my 14.1hh arab x pony would go into a showjumping ring and get eliminated by fence 3 if we were lucky, and we had given up on cross country altogether as he got so wound up he was virtually dangerous. I was at the point of after 10 years of owning him and trying nearly every calmer on the market giving up competing him altogether. However a friend of mine recommended you to me so I tried him on the booster syringes to see what happened. as I was worried about spending more money on stuff that doesn’t work!

I used it for his dressage tests and found it fantastic, he was like a different pony, so I then decided to put him on the liquid permanently and after an in- depth discussion over the phone I had the amounts to give all sorted out. All i can say is WOW, considering this time last year he wouldn’t jump since being on it we have done cross country, and came 2nd in a big show jumping event today!! It is amazing how well it works and I’d like to say thank you for finally being able to jump him and have fun.”

“I’m very satisfied with Nupafeed Staying Power & MAH Calmer – amazing results! I received very in depth info from Nupafeed before purchasing which was most helpful for when my order arrived. 5yr old “Tyne of Dalnacardoch” was scarily freaked […]