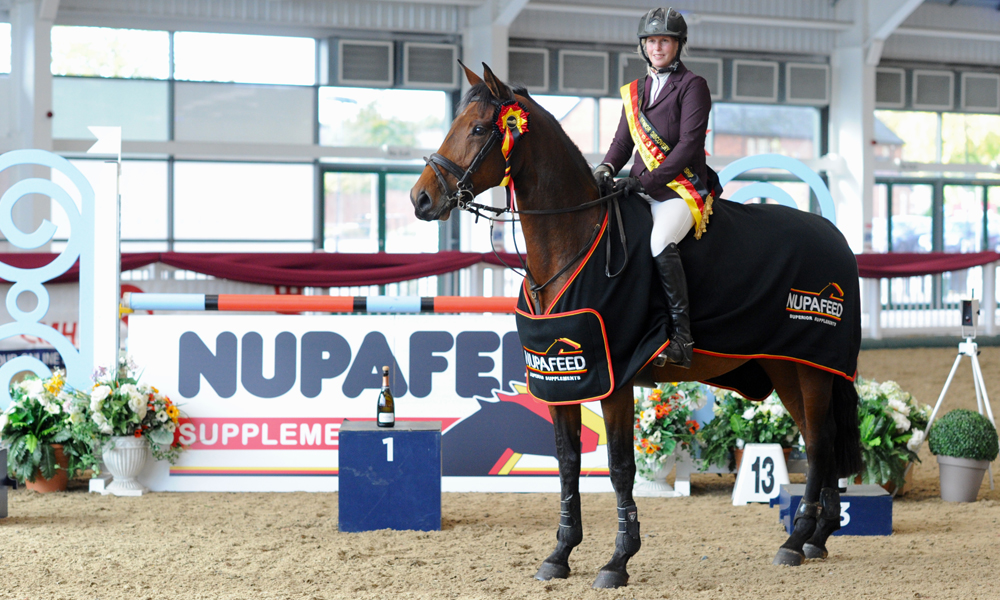 With COVID causing its chaos, it is with huge thanks to British Show Jumping and Aintree EC that we were able to see a Championship show go ahead. With forty qualified combinations forward, it really was a great effort and thank you to everyone who contributed and competed.

After sixteen combinations made it through to the jump off. It was Emma-Jo Slater that took the title with Kim Barzilay’s 6 year-old mare Happy Feet III; they powered home clear with more than two seconds in hand. . It was in the final line that took them from a vertical to an oxer and the finish line that Emma really made up her time by taking a stride out to record a time of 36.21 seconds.

This makes it a consecutive win for the Buckinghamshire based rider, her having won the title last year, and a fifth win overall having won it bi-annually before now with her first in 2013 with Lizziemary who went on to have an illustrious international career.

Emma’s nearest rival was in the form of Millicent Cornock and Forsythe John VDL who had held the lead from the mid-way point having stopped the clock in a time of 38.27 seconds. Finishing in second place, she sat just ahead of Kelly Connor and Lacara who had secured an earlier lead, but were ultimately pipped to the top spot.

After the presentations Emma-Jo said “I didn’t think I would be able to beat Millie but I managed to take a stride out which did it as she [Happy Feet III] isn’t the fastest so I just tried to keep her moving… She’s really careful which helps as you can keep her running and jumping. We’ve also been working a lot with her during lockdown on her turns which she has benefited from.”

“I have been using Nupafeed Flex GLM since my mare injured her hock back in July and I have noticed such a difference in her and we are back enjoying our hacks together. Thank you nupafeed!”