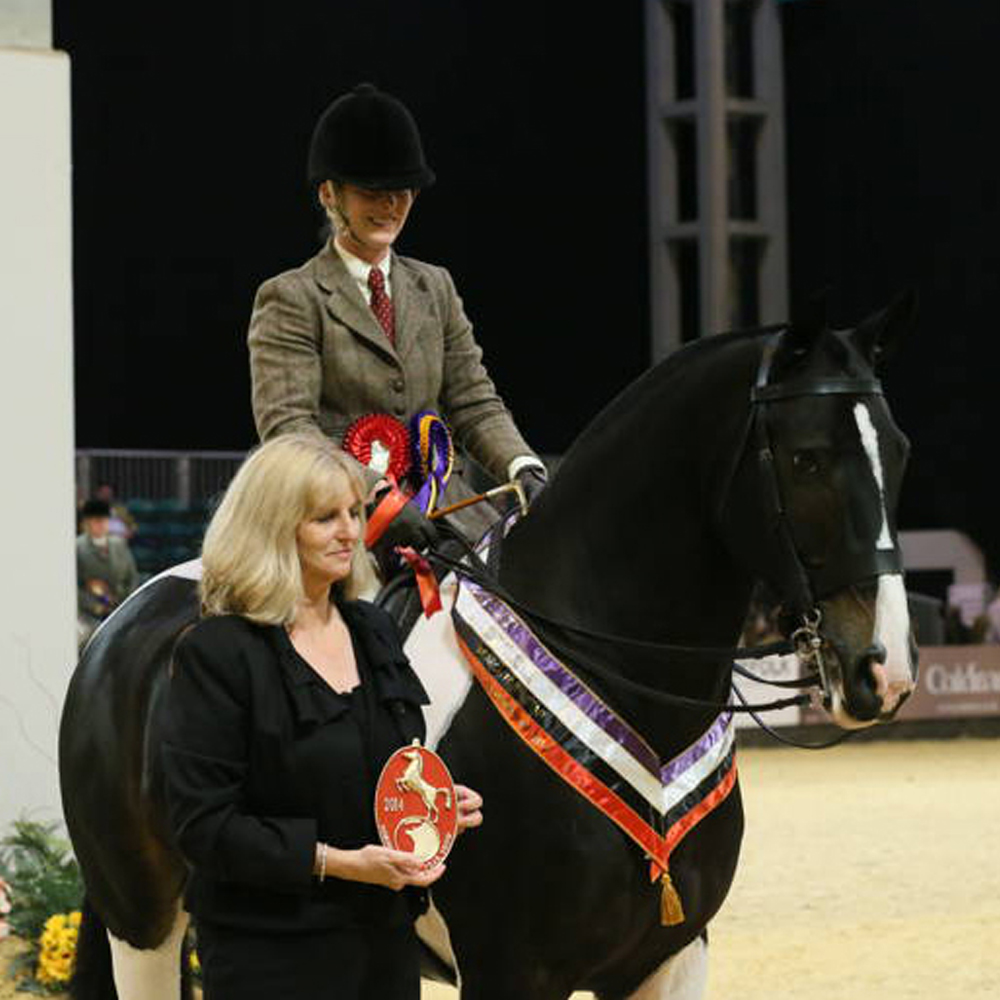 “I just wanted to say thanks for making a product that so worked for my horse!

I have a Maxi cob who is such a lovely lad but he can be very untrusting and very spooky especially with noises, even with ear plugs in!

He won the SEIB Search for a Star qualifier in June and I was really concerned about how he would cope with HOYS. I have used other calming products with him but he was either lit up like an xmas tree or falling asleep in the ring (very unlike him!).  A friend told me to try your product so I bought the daily MAH and the syringes and we gave them a try at the National Champs. He was much better, and didn’t fall asleep in line!!!

I know I put a lot of work in before HOYS, but I’m sure the MAH helped him.  I couldn’t believe how brave and relatively relaxed he was in the atmosphere at HOYS.  He won his class and he behaved better that I could have ever hoped for!  He has gone from a hunting to showing and winning at HOYS in less than a year!  I believe your product has helped with this and I am changing all the horse on to it now instead of the old supplement!”

“Elvis, my miniature wire dachshund had a bad experience at a show, where he fell off an old fashioned set of weighing scales. This caused many problems as he became stressed and unhappy about going to shows. He has had […]