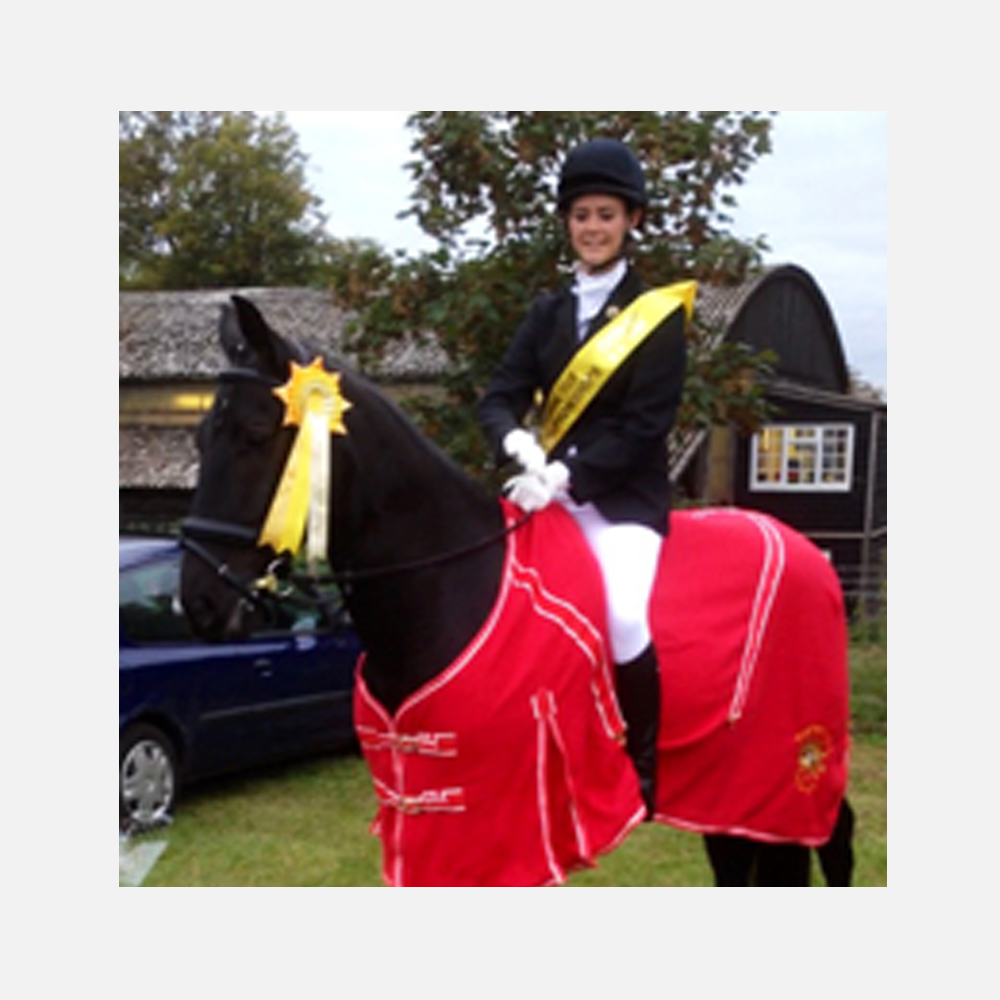 “I just wanted to let you know how impressed my daughter and I are with your Calmer product.

When we purchased her horse 8 months ago we were warned that he was quite spooky.  He didn’t seem too bad when she tried him out but did keep shooting forward whenever he heard a noise.  When we got him home he turned into a complete nightmare!  Within the first two weeks he broke my finger whilst I was lunging him by trying to bolt.  We then had the saddler out to fit a new saddle and my daughter couldn’t ride a single 20m circle in our school without him rushing forwards scared of what might be hiding in the hedge! The saddler must have thought we were mad.  The weeks passed and although my daughter was having regular lessons on him in our school, he would still shoot off if he heard a bird in the hedge.  I then stumbled across an advert for your calmer. I have always been a bit dubious of supplements as I have paid for things in the past that just haven’t worked.  I decided to give the number a call and I placed an order and as promised it arrived next day.  We followed the instructions and immediately started to see an improvement.  We were amazed at the results.  Our horse is now just on a maintenance amount each day as that is now all that is needed.  He is now a pleasure to be around both at home and at shows. He doesn’t spook/shy or rush forwards anymore.  He has won two dressage championships this summer and hasn’t been stressed about anything.  His previous owner saw him recently out competing and couldn’t believe he was the same horse.

So we both would like to say a massive thank you for producing such a wonderful product.”

“I bought Finn as a ‘cheap bargain’ dressage horse about 18 months ago & it did not take long for my vet & physio to unravel the physical problems underlying his ‘naughty’ behaviour. The physical issues were resolved relatively quickly, […]