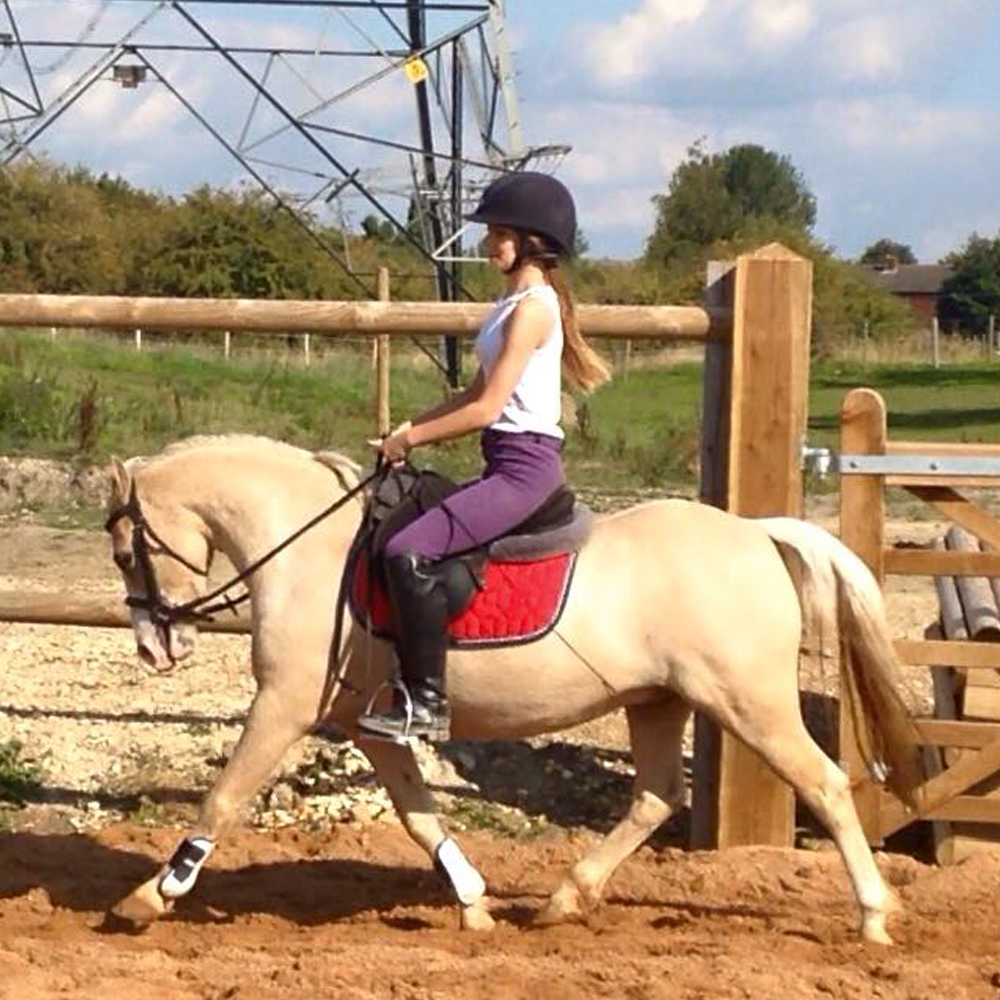 “My granddaugher was bought her first Welsh x Shetland pony Fudge off a friend whose own daughter had sadly outgrown him. In all the time we have known Fudge he has always had loose droppings. He is medicated for anaemia and this has helped a great deal but periodically throughout last year his droppings would again be loose.

I heard about BSC SeaBuckthorn from a friend who thought it would help another Welsh Section A pony we own Prince with extremely loose droppings going onto haylage. I started giving the Seabuckthorn to him and have to say thankfully after two weeks he is completely back to normal.

Even though I had initially purchased the Seabuckthorn for Prince I decided to try it on Fudge also. Well after only one week I am astounded at the difference in him. We now have an extremely happy pony that has now for the first time in a long time got completely normal formed droppings. I highly recommend BSC SeaBuckthorn for ponies or horses suffering with digestive problems.”

“Just wanted to say a massive thankyou to Nupafeed and BSC SeaBuckthorn. My mare was showing some behaviour which we thought could be related to gastric upset. After a month on SeaBuckthorn she is so much happier and cooperative in […]